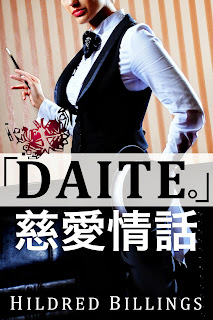 Woo! After a two month delay, I am finally ready to  unleash the first book in the JIAI JOUWA spinoff series! And from what I’ve been hearing from a lot of people, you’re ready for it too! ; )

Born into an elite family, Jun has spent her life cultivating the professional qualities needed to claim her inheritance, the Nippon Royal Hotel empire. Just when she thinks her dream is about to come true, however, Jun’s uncle ships her from her homeland of Hokkaido to the city of Nagoya to become the new local general manager.

Enter Saya, a twenty-something who invades Jun’s life with a bang and leaves just as swiftly. It’s the hope of seeing Saya again that keeps Jun grounded in her goal of taking over the family empire one day… and the more she encounters the enigmatic Saya, the more she realizes she’s falling for her.

Under the scrutiny of her uncle, Jun must prove that she can become the head of the family. But she also must prove to herself that she is capable of sustaining a romantic relationship, even if her intended has an insatiable wanderlust. Her family’s judgment, Saya’s crippling demons, and the needs of the people she meets along the way will all conspire to make Jun say, “daite,” or “hold me,” never again.